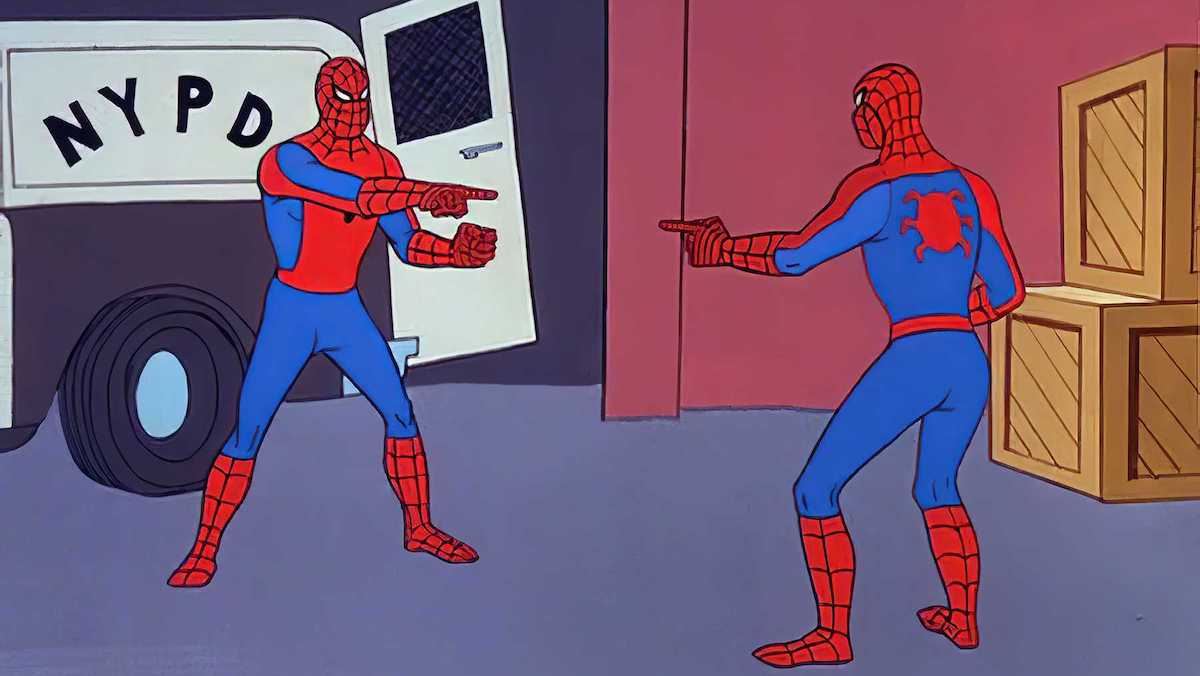 SENATE REPUBLICAN LEADER MITCH McCONNELL (R-KY): “[W]ith all these national crises hammering families, the Democratic majority is using the Senate schedule to demonstrate that they do not care. The Democratic Leader is not spending floor time on a bill to combat Democrats’ inflation crisis, or their immigration crisis, or their violent crime crisis, or their energy crisis. Not on legislation to help American families’ daily lives in any way. Instead, the Democratic Leader is setting up a vote on a bill to erode the First Amendment and make political speech more difficult. Instead of trying to address the root causes of their unpopularity, Democrats are attacking the American people’s ability to speak out against them. The Democrats try to ram through political-takeover bills like this zombie ‘DISCLOSE Act’ once or twice every year. This legislation would give Democrats’ friends in the unelected bureaucracy even more power to police the political speech and activism of private citizens. Remember, donations to political action committees and electioneering nonprofits are already publicly disclosed. That’s already law. What Democrats want is a huge new step that would reduce private citizens’ privacy and chill Americans’ constitutional rights. The same Democrats who wouldn’t condemn angry mobs gathering outside the private family homes of federal judges now believe that vastly more information about private citizens’ political views should be made public. It’s no mystery how those things fit together…. Instead of addressing the reasons why Americans are upset with Democrats, Democrats are trying to legislate our citizens into sitting down and shutting up.” (Sen. McConnell, Remarks, 9/21/2022)

AMERICAN CIVIL LIBERTIES UNION (ACLU): “The ACLU opposes the DISCLOSE Act because it unconstitutionally infringes on the freedom of speech and the right to associational privacy…. The upshot of the DISCLOSE Act, and the essence of why we oppose it, is that it would unconstitutionally chill the speech of issue advocacy groups and non-profits such as the ACLU, Planned Parenthood, or the NRA that is essential to our public discourse and protected by the First Amendment. These groups need the freedom to name candidates when discussing issues like abortion, health care, criminal justice reform, tax reform, and immigration and to urge candidates to take positions on those issues or criticize them for failing to do so. The DISCLOSE Act interferes with that ability by impinging on the privacy of donors to these groups, forcing the groups to make a choice: their speech or their donors. Whichever they choose, the First Amendment loses.” (ACLU, Letter to Members of the House of Representatives, 3/06/2019)

LEADER McCONNELL: “The [Supreme] Court also confirmed… what decades-old legal precedent already tells us: that associational privacy is a fundamental American right. As the NAACP argued forcefully more than half a century ago, the defense of First Amendment rights is especially important in places where citizens’ views cut against those of governing majorities. As such, the ruling in Americans for Prosperity Foundation v. Bonta is a stern warning to those corners of the Left where naming and shaming is treated like a routine political tool. It should also serve as a cautionary tale for any elected Democrat still hoping to codify dragnet disclosure and tip the scales of our electoral system. Today, the Supreme Court discharged its duty to uphold the rights and protections underpinning our system of representative government, and our nation can be rightly proud.” (Sen. McConnell, Press Release, 7/01/2021)

CHIEF JUSTICE JOHN ROBERTS: “The ‘government may regulate in the [First Amendment] area only with narrow specificity,’ … and compelled disclosure regimes are no exception. When it comes to ‘a person’s beliefs and associations,’ ‘[b]road and sweeping state inquiries into these protected areas . . . discourage citizens from exercising rights protected by the Constitution.’ … [W]e conclude that California’s blanket demand for [IRS Form 990] Schedule Bs [listing names and addresses of donors] is facially unconstitutional.” (Americans For Prosperity Foundation v. Bonta, Attorney General Of California, Supreme Court of the United States, No. 19–251, 7/01/2021)

‘Donors And Operatives Allied With The Democratic Party Embraced Dark Money With Fresh Zeal’ In 2020, Spending More Than $1.5 Billion In Dark Money On The Election

“[To Democrats,] ‘Dark money’ became a dirty word, as the left warned of the threat of corruption posed by corporations and billionaires that were spending unlimited sums through loosely regulated nonprofits, which did not disclose their donors’ identities. Then came the 2020 election. Spurred by opposition to then-President Trump, donors and operatives allied with the Democratic Party embraced dark money with fresh zeal, pulling even with and, by some measures, surpassing Republicans in 2020 spending, according to a New York Times analysis of tax filings and other data. The analysis shows that 15 of the most politically active nonprofit organizations that generally align with the Democratic Party spent more than $1.5 billion in 2020 — compared to roughly $900 million spent by a comparable sample of 15 of the most politically active groups aligned with the G.O.P.” (“Democrats Decried Dark Money. Then They Won With It in 2020.,” The New York Times, 1/29/2022)

“Mr. Biden’s allies created their own dark-money nonprofit to rally support for [Biden’s domestic spending bill].” (“Democrats Decried Dark Money. Then They Won With It in 2020.,” The New York Times, 1/29/2022)

“A Pro-Biden group, operating with the White House’s blessing, plans to raise unlimited funds — and grant donors anonymity — as it prepares to promote and protect the president’s agenda from the outside…. By not capping anonymous contributions, the group, called Building Back Together, will have an easier time raising money … The outside group is, in part, a facsimile of an earlier Democratic organization, The Common Purpose Project, that was created by allies of President Obama to coordinate the progressive movement early in Obama’s term. However, Building Back Together differs from the Obama model in one crucial aspect: That group capped contributions at $50,000 and disclosed their names.” (“Exclusive: Pro-Biden Group Won’t Disclose Donors,” Axios, 3/19/2021)

Democrats ‘Built An Elaborate, Multibillion-Dollar Dark-Money Network, While Simultaneously Railing Against The Scourge Of Dark Money’

“Democrats publicly assailed the Koch operation as epitomizing a corrupting dark-money takeover of American politics. Privately, they plotted ways to compete.” (“Democrats Decried Dark Money. Then They Won With It in 2020.,” The New York Times, 1/29/2022)

Chuck Schumer, Who Called Dark Money ‘Evil,’ Has A Big-Spending Dark Money Group Of His Own

SENATE MAJORITY LEADER CHUCK SCHUMER (D-NY): “Today, I am announcing the Senate will vote this week to take up a measure critical to fighting the cancer of dark money in our elections: the DISCLOSE Act. I’ve long promised to bring this bill to the floor, and I want to thank all my colleagues, in particular Senator Whitehouse. He has done an amazing job documenting and pressing forward on trying to eliminate the evil scourge of dark money…. And the worst part? Much of this spending happens entirely in secret. That’s not like a democracy. It is a veil cast over our democracy …” (Sen. Schumer, Remarks, 9/19/2022)

“A dark money nonprofit associated with Senate Majority Leader Chuck Schumer topped $100 million in secretive donations for the first time as the New York politician publicly crusaded against dark money's influence in Washington, tax documents show. Majority Forward, a nonprofit that obscures its funders and is linked to the Schumer-aligned Senate Majority PAC, pulled in $104.7 million between July 1, 2020, and June 30, 2021, according to its most recent tax forms. The latest cash haul was a $13 million increase over its previous calendar year. The record year came as Schumer and other Democrats railed against dark money even as they continued to outpace Republicans in its use. Majority Forward, in turn, used its shadowy war chest to steer substantial amounts into electoral activity and bankroll voter engagement efforts.” (“Schumer-Aligned Dark Money Nonprofit Raked In Record $105 Million From Anonymous Donors, Tax Forms Show,” Fox News, 7/08/2022)

“Democrats — perhaps none more than Harry Reid — have been vocal for years about their dislike of this kind of activity by groups that aren’t required to disclose their donors — at least, when conservative organizations were at issue. Rarely, if ever, though, have they singled out Majority Forward as an example of the kind of rule bending they find troubling, despite the fact that it closely resembles those … right-leaning ‘dark money’ groups in form and function. Majority Forward — which operates under section 501(c)(4) of the tax code — was able to raise millions of dollars in a very short time, pouring much of it into ads designed to help Democrats running in tight races. And like groups on the right, it played the Federal Election Commission’s reporting deadlines to its advantage, thereby avoiding putting sizeable chunks of its political activity on record with that agency.” (OpenSecrets, 4/19/2017)

“Demand Justice began as a project of the Sixteen Thirty Fund, a fiscal sponsor managed by consulting group Arabella Advisors that oversees one of the left’s largest dark money networks containing dozens of left-wing groups and initiatives. However, the group recently spun into its own legal entity. The initial setup allowed Demand Justice to operate mainly in secrecy. Because the Sixteen Thirty Fund acted as its fiscal sponsor by providing its tax and legal status to the group, Demand Justice was not required to file public documents such as tax forms to the IRS. The judicial group’s complete list of donors is unknown due to its relationship with the Sixteen Thirty Fund, and its recent break-off into its own nonprofit.” (“Biden Judicial Pick Pushed By Dark Money Group With Ties To Top White House Aide,” Fox News, 10/04/2021)

“[Sen. Chuck] Schumer [D-NY], [Sen. Bernie] Sanders [I-VT], and Sen. Dianne Feinstein (D-Calif.), the ranking Democrat on the Judiciary Committee, gathered behind closed doors inside the Capitol Tuesday afternoon with leaders of a vast constellation of liberal activist groups to strategize over the court battle. Among the attendees were Fallon …” (“Republicans Express Confidence About Trump’s Supreme Court Pick; Democrats Plot Plan To Sink Him,” The Washington Post, 7/10/2018)

2014: “Senate Democrats broadened their assault on unrestricted political money Tuesday, introducing a campaign finance disclosure bill that its authors said will be voted on this year. Senate Majority Leader Harry Reid had already promised a vote on a constitutional amendment that would let Congress and the states curb political spending. Democrats now plan to also vote on the disclosure bill known as the DISCLOSE Act, which Republicans blocked via filibuster in 2010 and 2012.” (“Democrats Reintroduce DISCLOSE Act,” Roll Call, 6/24/2014)

2018: “Senator Sheldon Whitehouse (D-RI) and Congressman David Cicilline (D-RI) led all Senate Democrats and 145 Democratic Members of the House of Representatives in introducing [an] updated DISCLOSE Act … The bill comes as outside spending organizations … gear up to spend hundreds of millions of dollars to influence the 2018 midterm elections …” (Sen. Whitehouse, Press Release, 6/27/2018)